Why isn't there a street number populating when I select an address in the address list?

From time to time a user will insert an address and see the address displaying in the list of google addresses but when they select it the street number disappears. The main thing to note on this is that when you put your cursor into the address field from within The Customer Factor, that address field retrieves data that is on the Google servers. So if an address populates in The Customer Factor with no street number then that is what will also happen if you go to google maps.
So let's look at an example, we have 3999 Centennial Way, Salt Lake City, UT. Let's retrieve that from within The Customer Factor. So it does show in the list: 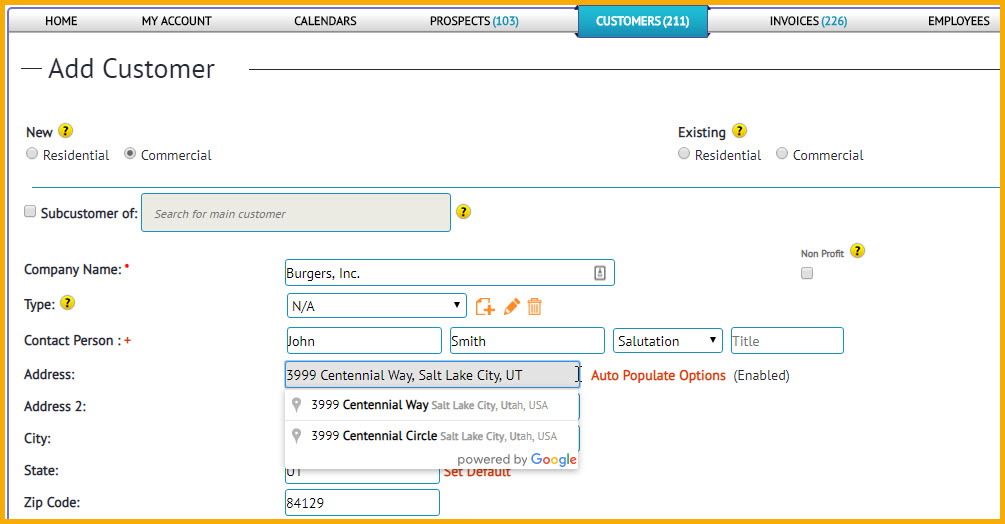 But we end up with the street name, city, state, and zip but no street number:

If we then go to Google maps and type in the same address we'll get a similar result. 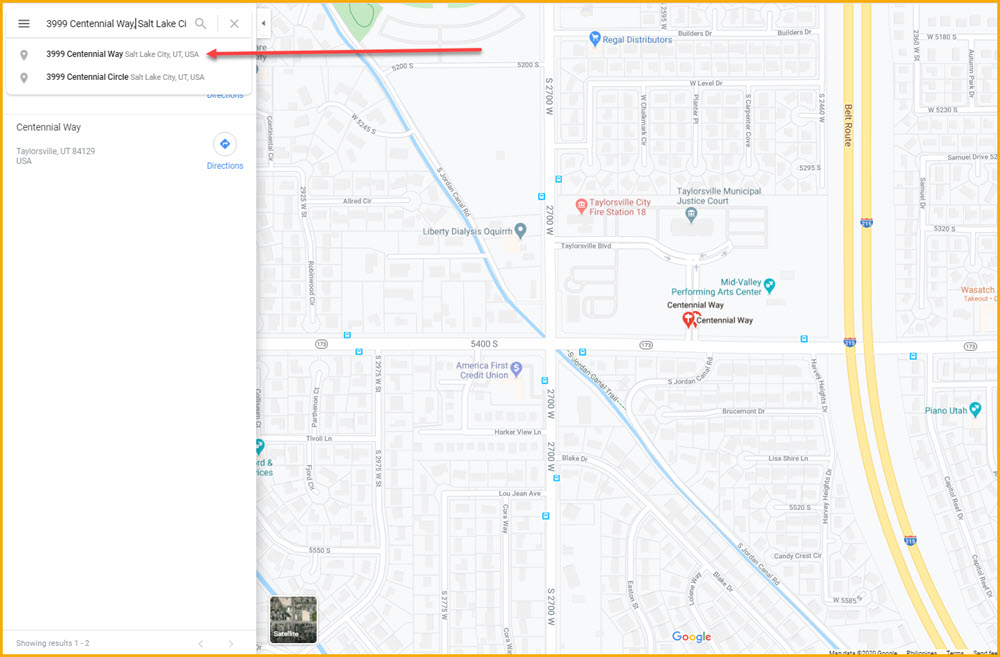 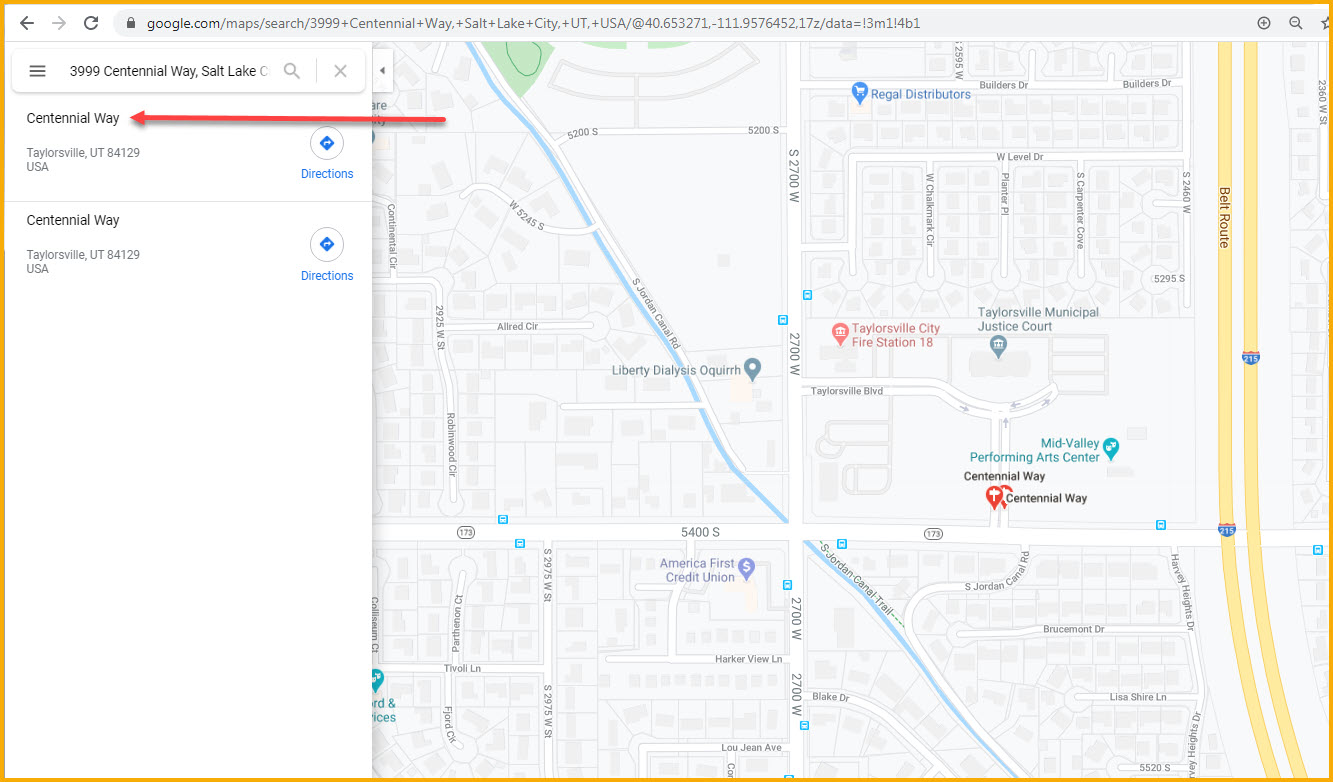 As far as why it does this it's typically because it's a relatively new area, but not always. It could be because the street name changed in the last year or two. Or it's a rural area and google hasn't completely mapped it yet. Contrary to popular belief, Google doesn't have every single address mapped.
The best test of this issue is to visit this URL: https://developers.google.com/maps/documentation/javascript/examples/places-autocomplete-addressform??

In the screenshots above that shows the address in Google maps, the address shows with no number and Taylorsville as the city in UT instead of the correct city of Salt Lake City. So Google isn't recognizing that address and gives you no street number and the wrong city. However, if you type in the same address into the above URL here is it what it looks like: 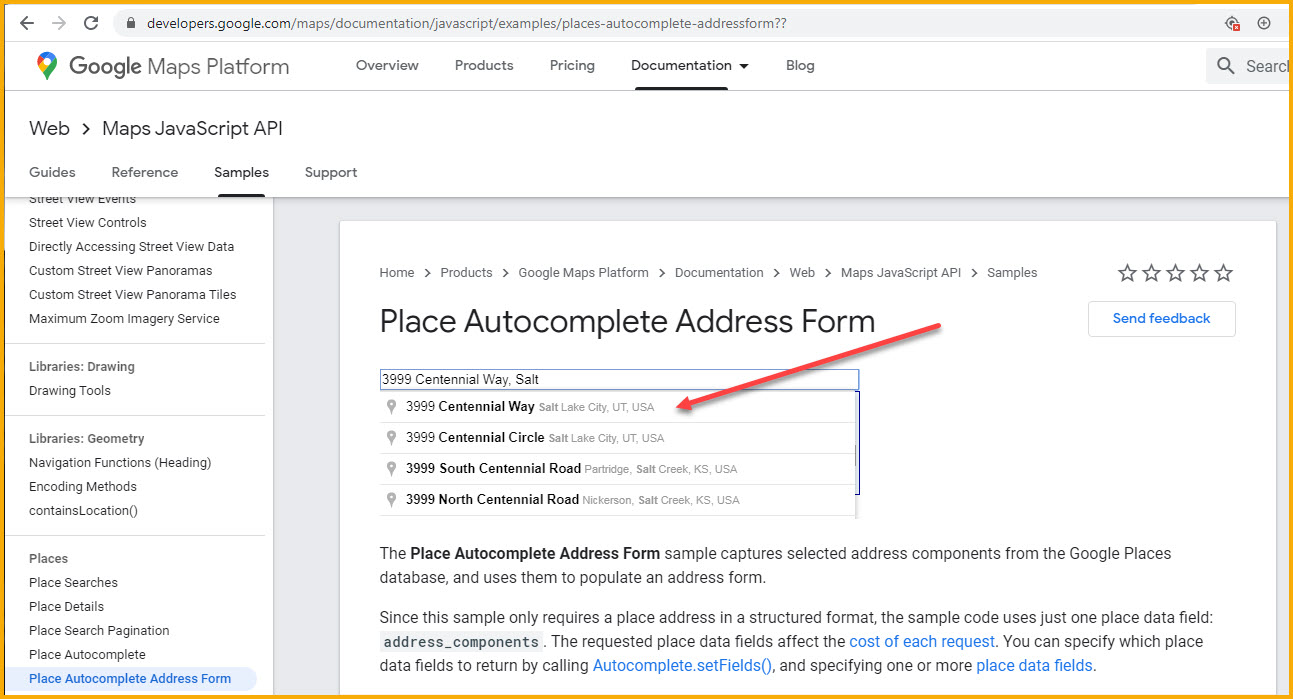 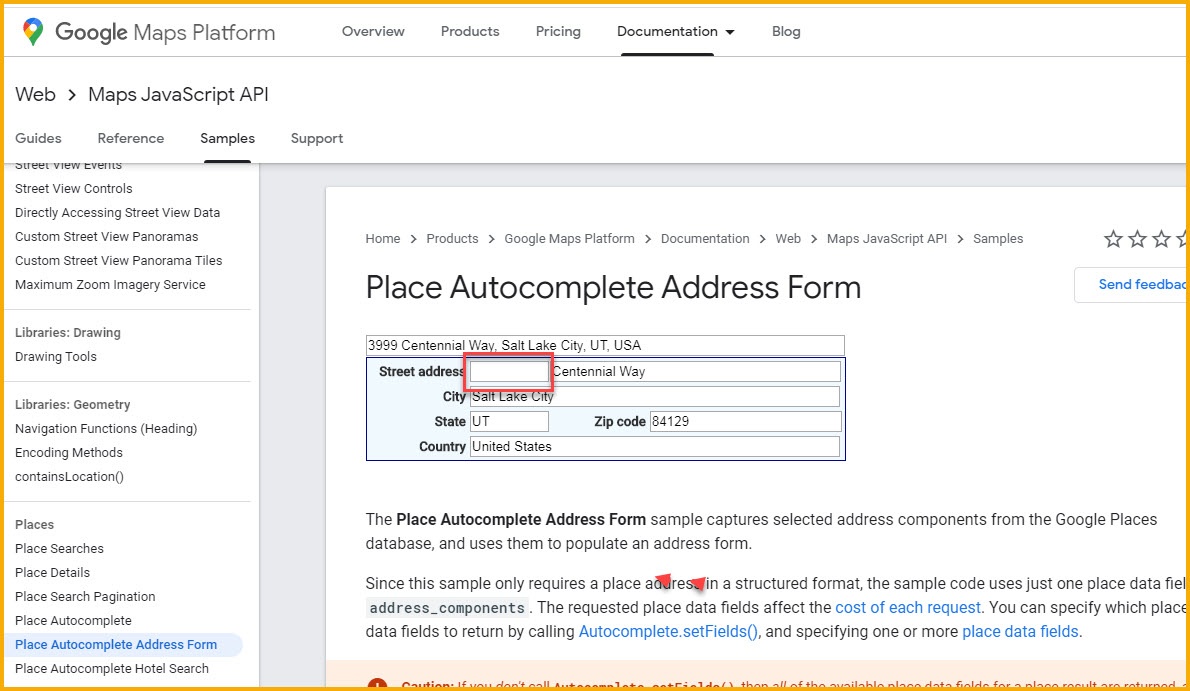 As you can see, the address auto-complete function at least brings back the right city but again the street number is missing. So The Customer Factor address fields in the app and the software are specifically connected to the auto complete feature that Google provides. So if you do see this issue happen where the street number does not populate you'll need to just type it in yourself.